The Rideau Terrier Club is a non-profit organization formed by a small group of dedicated terrier breeders in the National Capital Region. Our objective is to foster and promote the best interests of the terrier breeds. 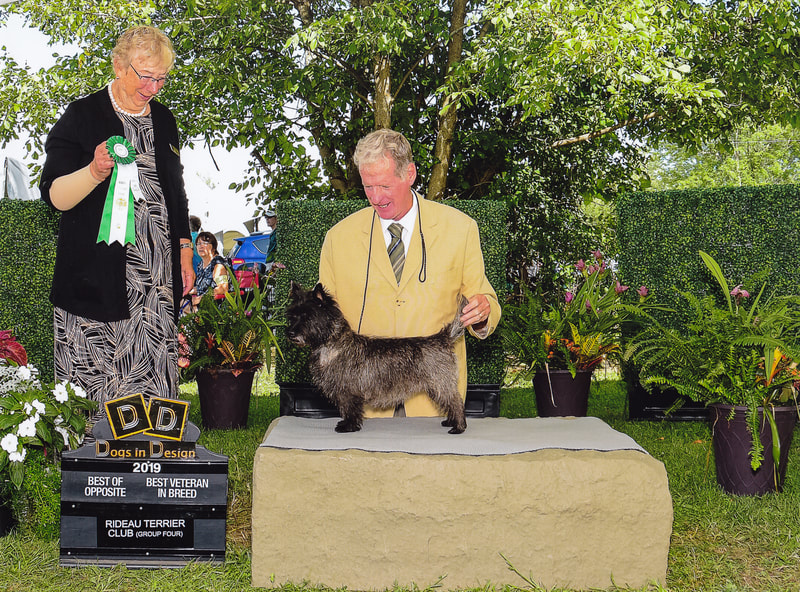 ... and​
​CH Dorlin Mardi Gras CGN granddaughter, Meliagold Master of the Game, won Best Puppy in Specialty and is the first recipient of the “Squibs Memorial Trophy” 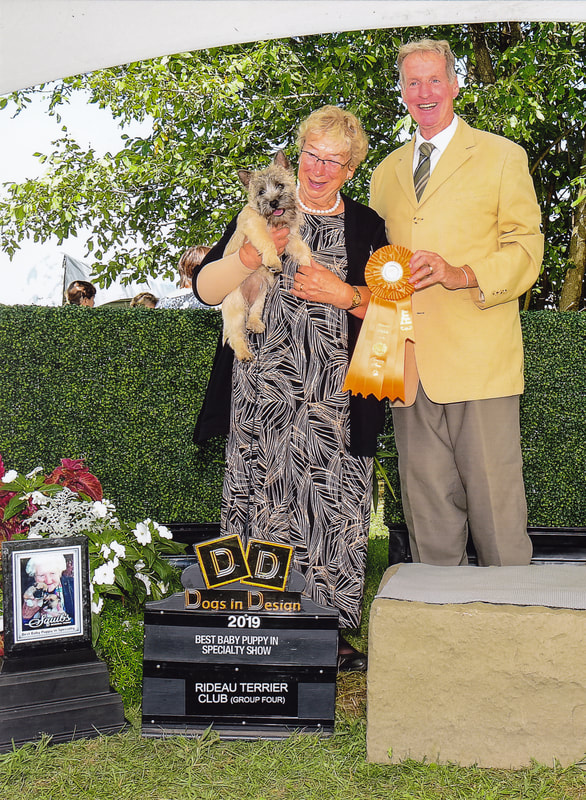 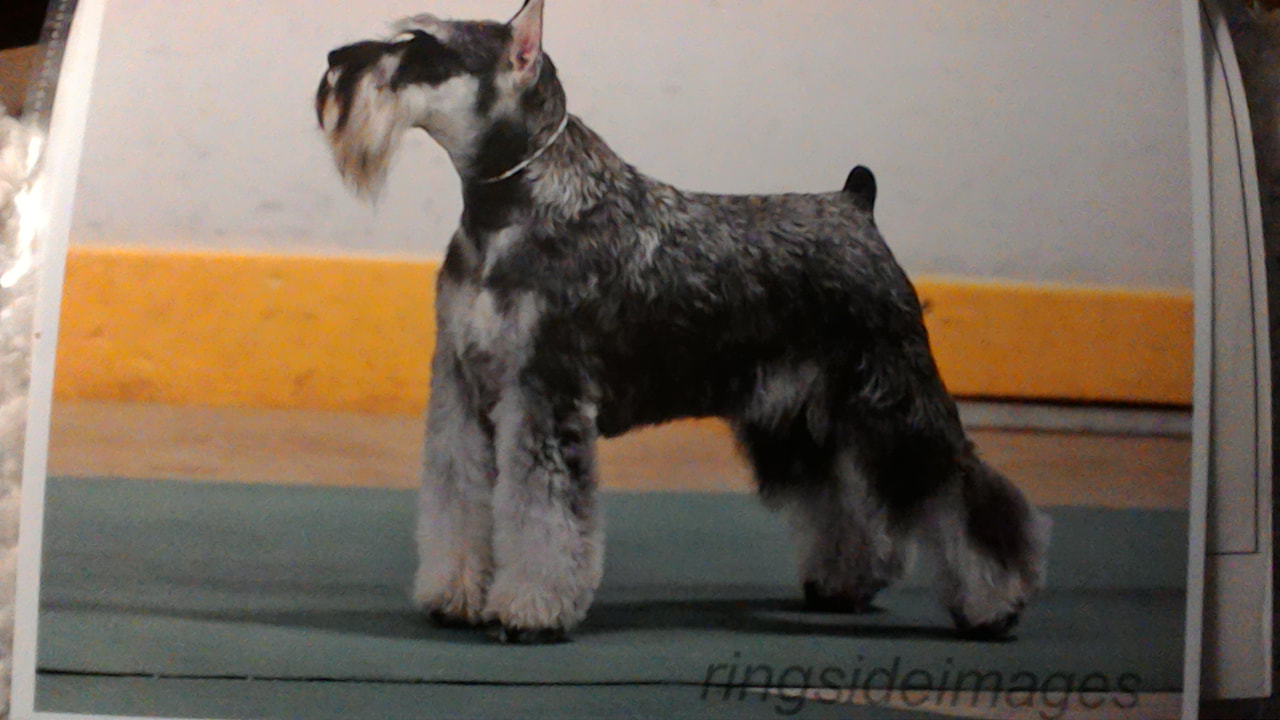 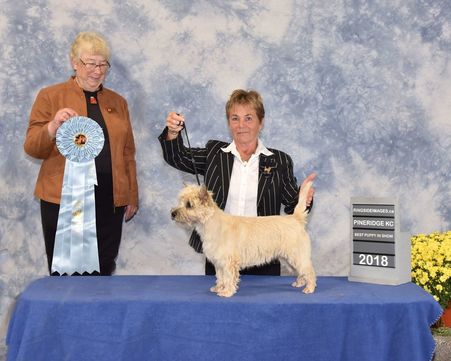 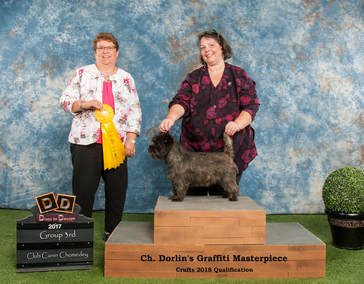 CH Carradine Sir William "Will" took a Group 1st at the Kars Dog Show, RTC Booster, All Breed Show
Judge Tim Graham from Australia
Members Michael and Jean Sullivan and Ted and Mary Bateman are all very proud of their boy! 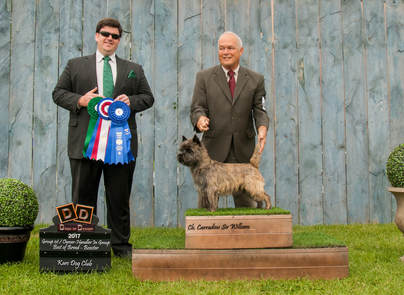